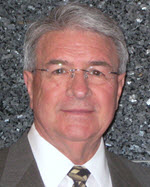 Judge Roger L. Hunt was appointed United States District Judge for the District of Nevada in May 2000. He served as Chief Judge of the District of Nevada from January 2007-May 2011. He took Senior Status in May 2011. Judge Hunt had served as a Magistrate Judge since July 1992, and was chair of the Executive Board of the Ninth Circuit Magistrate Judges Conference at the time of his confirmation.

A native Nevadan, Judge Hunt received his undergraduate degree in history from Brigham Young University in 1966. He worked on a master’s degree for one year and then entered law school at the National Law Center at George Washington University, receiving his J.D. degree, with honors, in 1970. While attending law school, Judge Hunt worked on the staff of United States Senator Howard W. Cannon.

Judge Hunt passed the Nevada Bar in 1970 and was appointed Deputy District Attorney in January 1971. In December 1971, he joined the Las Vegas firm of Rose & Norwood; he became partner eighteen-months later and remained with the firm under the name Edwards, Hunt, Hale & Hansen until his appointment to the bench in 1992.

Judge Hunt served as a member of the Board of Trustees of the Harry S. Truman Scholarship Foundation (also a Presidential appointment) September 2006-September 2015.