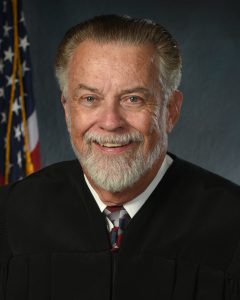 Judge Mahan is a longtime resident of Las Vegas, having lived and practiced law there continuously since 1973. Judge Mahan attended the University of Charleston, West Virginia, and following graduation, he served in the United States Navy from 1966 to 1969.

In February 1999, Governor Kenny Guinn appointed Judge Mahan to the Clark County Eighth Judicial District Court.  In the biennial Review Journal poll of lawyers in Clark County, he was the highest rated district judge in 2000 and 2002.